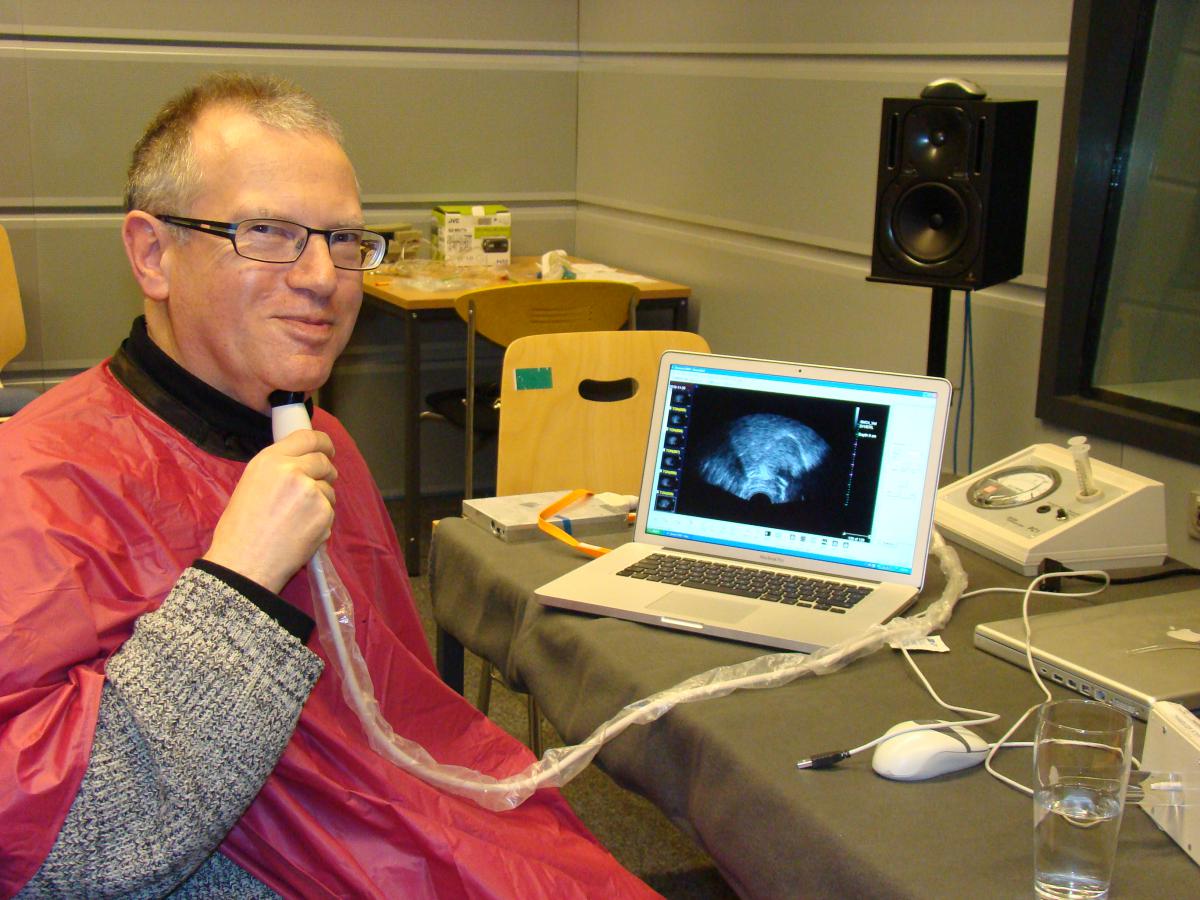 The UCSB Linguistics faculty share a commitment to asking why languages are as they are. This fundamental question drives the pursuit of functional explanation. UCSB linguists have consistently encouraged the integration of theoretical insights and empirically grounded research findings from multiple domains of language, building a profound synergy within the department. The result is a department that works together across subdisciplinary and disciplinary boundaries to achieve a deeper understanding of how all the elements of language work together for their users.The fundamental premises on which the UCSB Linguistics Department was founded play an indispensable role in creating a unified vision of linguistics, establishing connections between linguistic structure, language use, and functional explanation. Some of the core areas studied at UCSB include discourse and grammar, typology, corpus linguistics, language and cognition, language documentation, prosody, language change, sociocultural linguistics, applied linguistics, and transcription. Linguists at UCSB also work in a wide variety of language areas. There are also many projects at UCSB, including the Pear Film World Corpus, the Santa Barbara Corpus of Spoken American English, the Santa Barbara Papers in Linguistics, School Kids Investigating Language in Life in Society, and Transcription in Action. 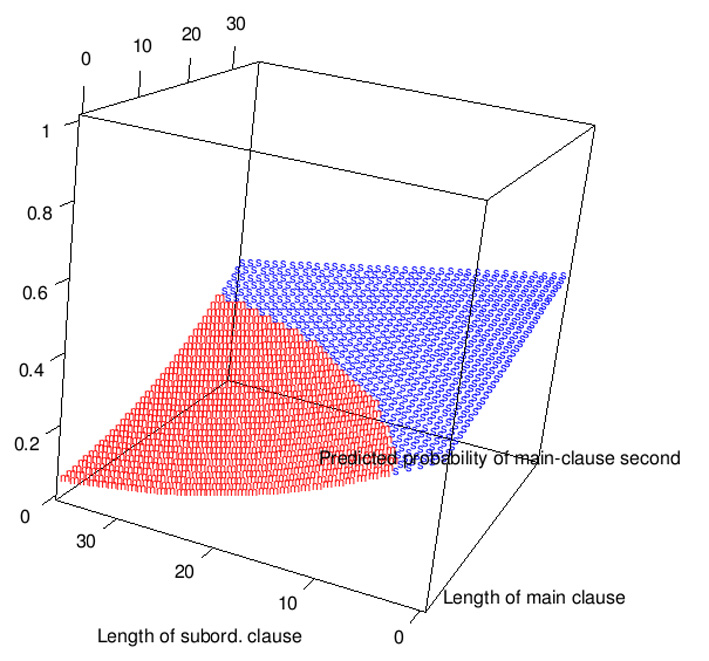 Most linguists at UCSB are involved in one way or another in developing and using a corpus—a body of attested instances of naturally occurring language use. The corpus may be large or small, written or spoken, automatically assembled from pre-existing online texts, or meticulously transcribed by the researcher in the hands-on process of documenting a previously unwritten language. » 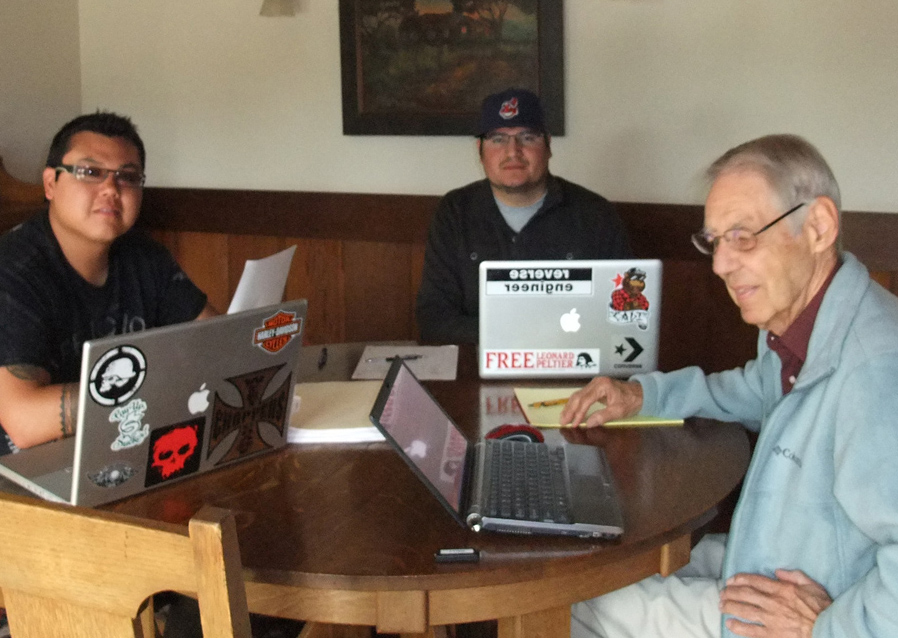 Linguists at UCSB take Discourse and Grammar as the label for a unified field which looks at discourse from the perspective of grammar, and grammar from the perspective of discourse. Discourse is understood as the domain of language use, with speakers making functional choices at all levels of structure. Given the department’s theoretical orientation toward functional explanation, UCSB researchers approach grammatical constructions by asking not only how they are defined structurally, but also what functions they serve. » 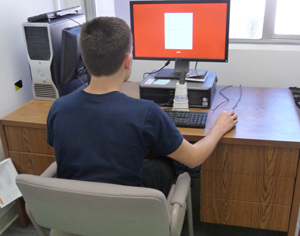 Research at UCSB emphasizes the cognitive bases of speakers' preferences for particular patterns of argument structure, for the distribution of referential forms in discourse, for processes of word formation and for lexical selection. The fundamental relationship between cognitive processes and social interaction motivates our focus on the sociocognitive forces underlying language use, language change, and language acquisition. »

Researchers at UCSB believe the study of change in a particular language requires reference both to the structural properties of that language and to the social environment in which it functions: Which social groups initiate and propagate particular changes? Which social circumstances lead to language change, such as creation of new vocabulary or shifts in meaning? How do languages change as a result of contact with other languages? » 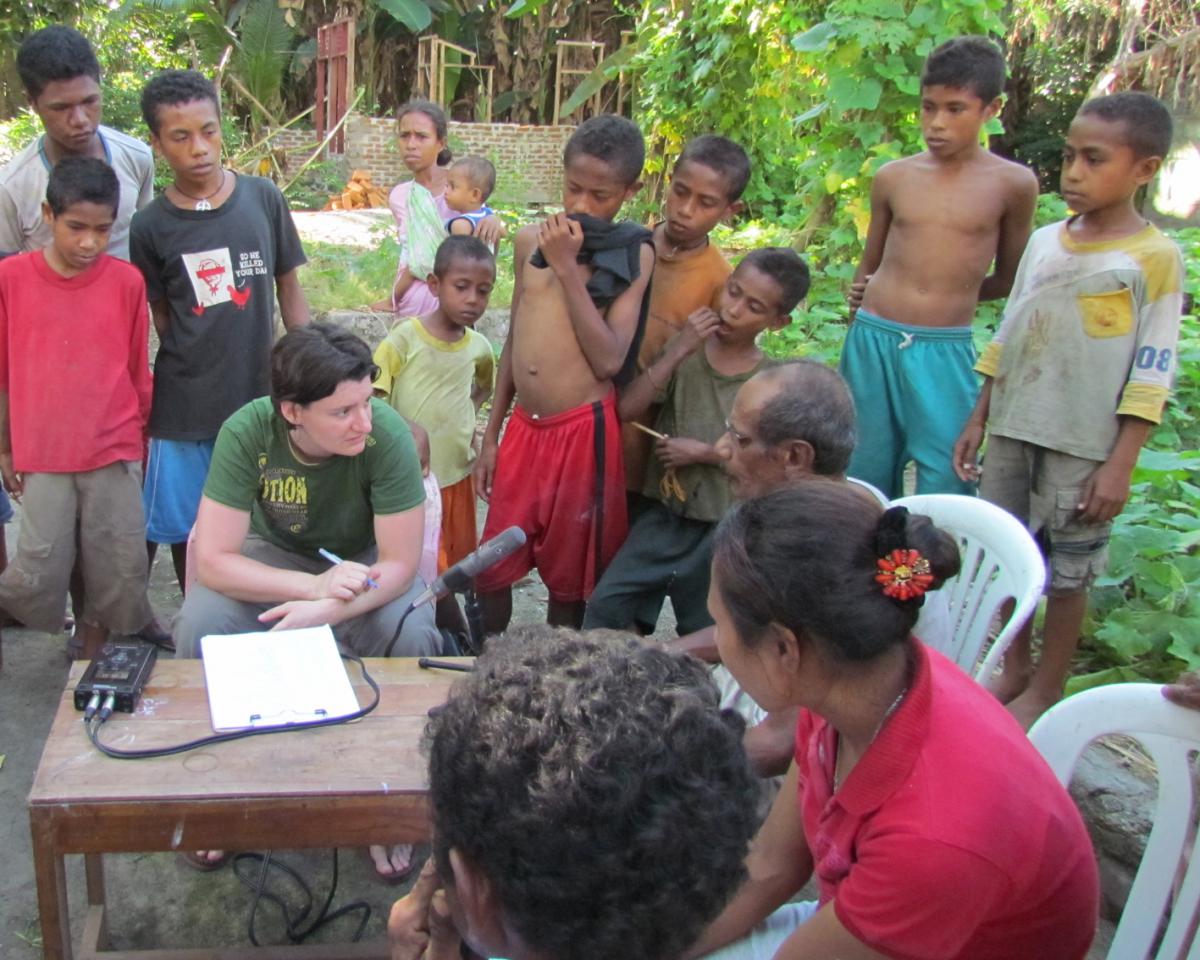 UCSB linguists feel that the collection and analysis of natural discourse provide the richest means to understanding the structures of a language. Fieldwork is a complex undertaking, requiring rigorous academic training in techniques of data collection and analysis, competent use of technology, cross-cultural awareness and sensitivity, and the ability to work successfully within a community that may be quite unfamiliar to the researcher. »

Research on prosody in the UCSB Linguistics Department encompasses diverse topics in a broad cross-section of languages. Faculty and students are engaged in work on intonation, stress, tone, timing, constituency, and other prosodic properties of oral communication. Researchers also examine the prosody of signed languages as well as the relationship between prosody and embodied communication such as gesture. » 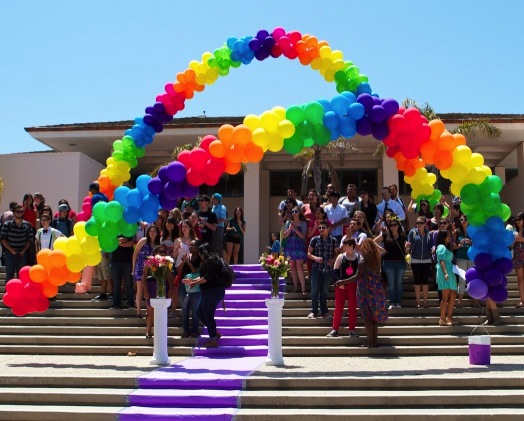 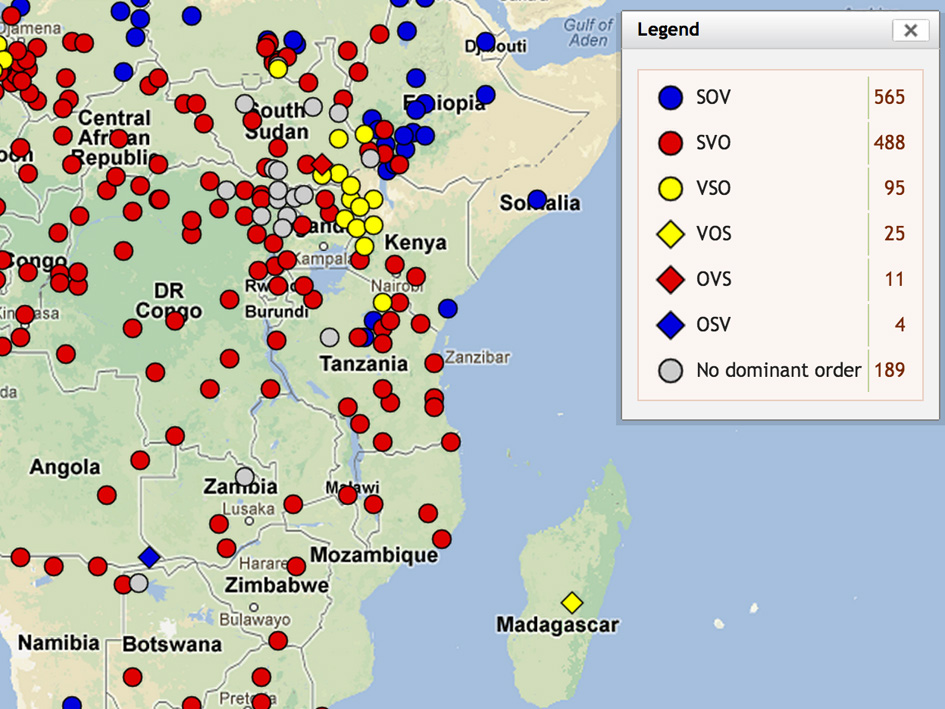 UCSB linguists understand linguistic typology as the systematic study of cross-linguistic variation and seek to come to terms with the full scope of typological differences among the world’s languages. While acknowledging the role of language universals—recurrent tendencies in structure and function—research in linguistic typology at UCSB concentrates on the ways in which languages differ from one another, because this tremendous diversity helps us to understand the full range of what language can be. » 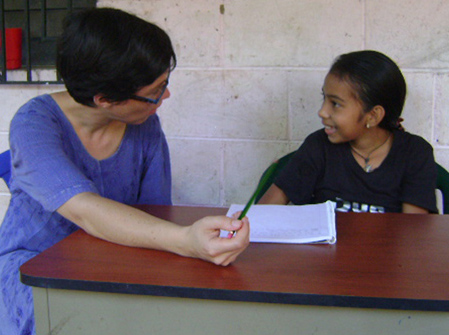 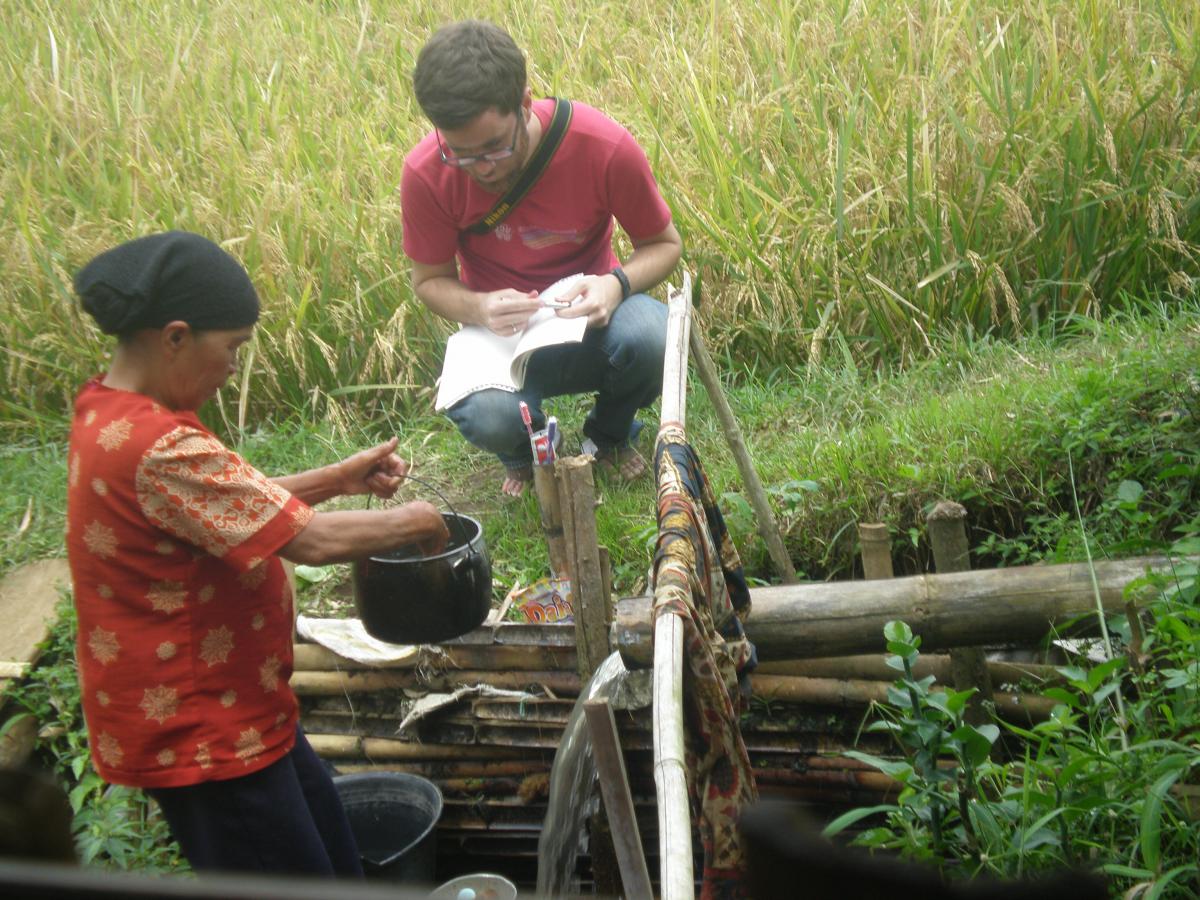 Each new language we encounter can show us alternative ways of conceptualizing experience, of categorizing distinctions and ideas, of managing the flow of information, and of interacting verbally. UCSB linguists place high value on in-depth experience with individual languages and are carrying out work with languages spoken all over the world. Among the most active areas of research at UCSB are the languages of the Americas, Austronesia, the Caucasus, East Asia, and the Himalayas, as well as Papuan languages and varieties of English. »

At UCSB, researchers are committed to understanding transcription as a simultaneously theoretical, methodological, and sociocultural phenomenon with profound consequences for how speech and speakers are textually represented. In addition to providing training in issues of phonetic transcription, UCSB offers a course exclusively devoted to the transcription of discourse. Faculty and students conduct research on transcription and related forms of discourse representation. » 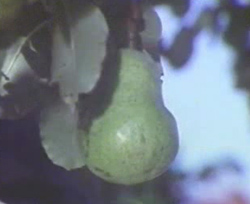 A six-minute film that was produced at the University of California at Berkeley in 1975 and shown to speakers of a number of languages, who were asked to tell what happened in it. In the meantime it has been used in a variety of other studies across other languages. The goal has been to present cinematically a series of more or less natural events to multiple viewers, who are then asked to verbalize what they remember. See Wallace Chafe (ed.), The Pear Stories: Cognitive, Cultural, and Linguistic Aspects of Narrative Production. Norwood, New Jersey: Ablex (1980).

The Santa Barbara Corpus of Spoken American English is based on a large body of recordings of naturally occurring spoken interaction from all over the United States. The Santa Barbara Corpus represents a wide variety of people of different regional origins, ages, occupations, genders, and ethnic and social backgrounds. The predominant form of language use represented is face-to-face conversation, but the corpus also documents many other ways that that people use language in their everyday lives: telephone conversations, card games, food preparation, on-the-job talk, classroom lectures, sermons, story-telling, town hall meetings, tour-guide spiels, and more. 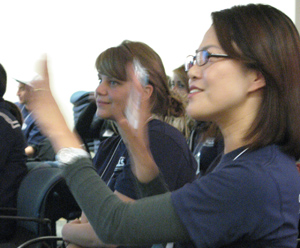 SKILLS is an innovative program that prepares and motivates California’s public school students for higher education by giving them hands-on experience in studying language and culture. SKILLS puts students at the center of linguistic discovery by guiding them through the process of carrying out original research on language use in their own peer groups, families, and communities. The first program to teach linguistics in California’s public schools, SKILLS is a collaboration between UCSB faculty and students and Master Teachers in high school classes in Santa Barbara County.

The transcription of spoken language is a fundamental practice within linguistics as well as other disciplines concerned with the analysis of spoken language. Researchers in phonetics, discourse, sociolinguistics, child language, corpus linguistics, clinical linguistics, and field linguistics rely on transcripts of speech to gain insights into how language works at a variety of levels, from the production of speech sounds to the structure of interaction. At the same time, scholars in linguistic anthropology, conversation analysis, communication, education, and folklore, among others, use transcription to discover how linguistic interaction brings the social and cultural world into being. And beyond academia, transcription and related forms of discourse representation play important roles in many institutional contexts, such as the legal system, medicine, and the media.

Q: I would like to be a visiting scholar in your department. How do I apply?
A: Due to limited space and resources, the department is able to host only an extremely small number of visiting scholars every year. In general, only applicants whose work is closely related to the current research interests of one or more departmental faculty members will be considered. Applicants whose primary interest is in English language learning and pedagogy will not be considered. Visiting scholars must be able to cover all expenses related to their visit, obtain and complete all paperwork, and make all necessary housing and travel arrangements themselves. Staff members and faculty are unable to assist with these matters.
Applications are accepted at all times of year. Applicants planning to visit for a quarter or longer should apply at least a year in advance; those planning a shorter visit should apply at least six months in advance. Applications received after these deadlines will be considered if space if available; for full consideration applications should be submitted early.
1. The applicant should contact one or two UCSB Linguistics faculty members whose research interests most closely match her or his own and request sponsorship. If the applicant’s work is not already familiar to the faculty member(s), the following materials listed in (2) below should also be sent. Applicants who contact more than two faculty members will be eliminated from further consideration.
2. If a faculty member agrees to act as sponsor, she or he will submit the application materials to the faculty as a whole. The application must include:
a. a cover letter indicating the applicant’s planned arrival and departure date
b. the applicant’s current CV
c. a one-page statement of the applicant’s current research project or plan of graduate study, including reasons for wishing to pursue her or his work at UCSB and specific classes (if any) that the applicant wishes to audit (note that auditor status of each course must be approved in advance by the instructor)
3. The potential sponsor will notify the applicant of the faculty’s decision.